ASME® VIII-1 provides design rules for nozzles subject to pressure. It also requires consideration of external loads such as those imposed by attached piping. The Code does not provide rules for external loads so the methods from WRC 107, WRC 297 and more recently WRC 537 are usually used. An often overlooked issue is that nozzle and attachment sizes frequently fall outside the geometric limits of the WRC 107, WRC 297 and WRC 537 methods. In general, our pressure vessel FEA can be used to meet the requirements of U-2(g) when nozzles and attachments exceed the limitations of WRC 107 \ WRC 297 \ WRC 537, nozzle fatigue analysis is required or more accurate results are needed. 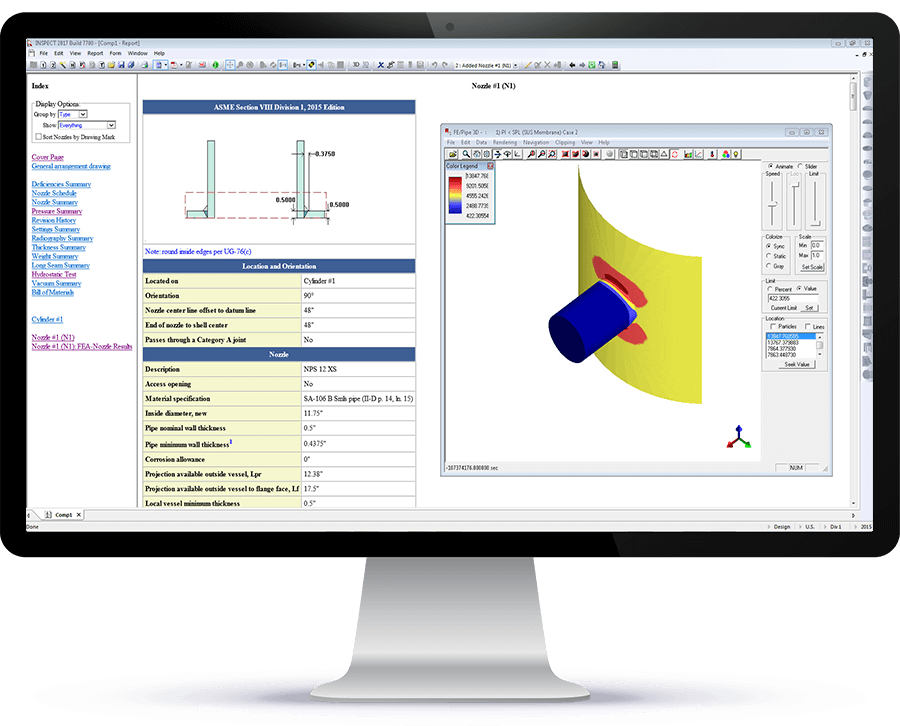 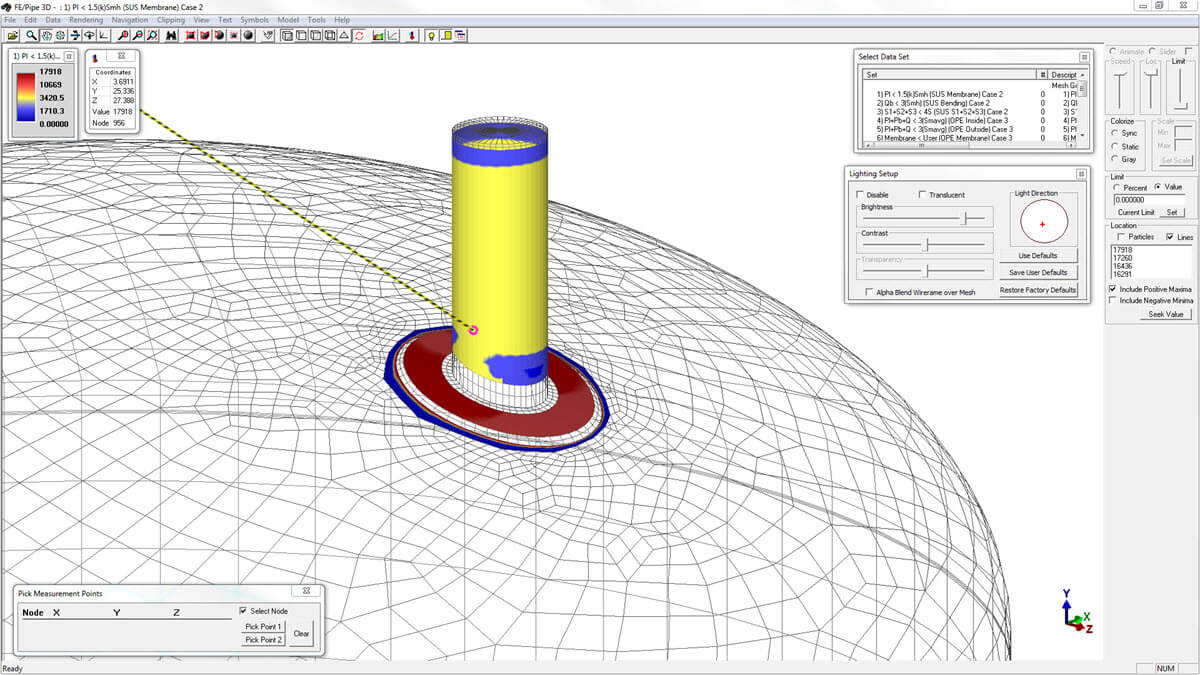