Standard ASME B16.5 /16.47 rated flanges usually provide the most cost effective bolted connections but are not always the correct solution for the job at hand. For these cases, the more complex rules of ASME Appendix 2 are used to create custom flange configurations. The number of variables that must be input to produce a workable Appendix 2 flange make this a time consuming task even with software that performs the basic Appendix 2 calculations. This is where the COMPRESS Flange Design Wizard comes in. It creates optimized Appendix 2 (custom or body) flange designs with minimal time and effort.

In addition to the Flange Design Wizard, the Appendix 2 flange design dialog has a handy ASME B16.5 /16.47 lookup table. This feature provides fast flange geometry data entry when performing Appendix 2 stress analysis on standard ASME B16.5 /16.47 rated flanges. One common use for this is to re-rate in-service flanges that have had their faces re-machined to remove corrosion. Note that both the COMPRESS Appendix 2 flange design and ASME B16.5 / B16.47 standard flange ratings include consideration of external loadings and comply with ASME Interpretation BPV VIII-1-16-85. 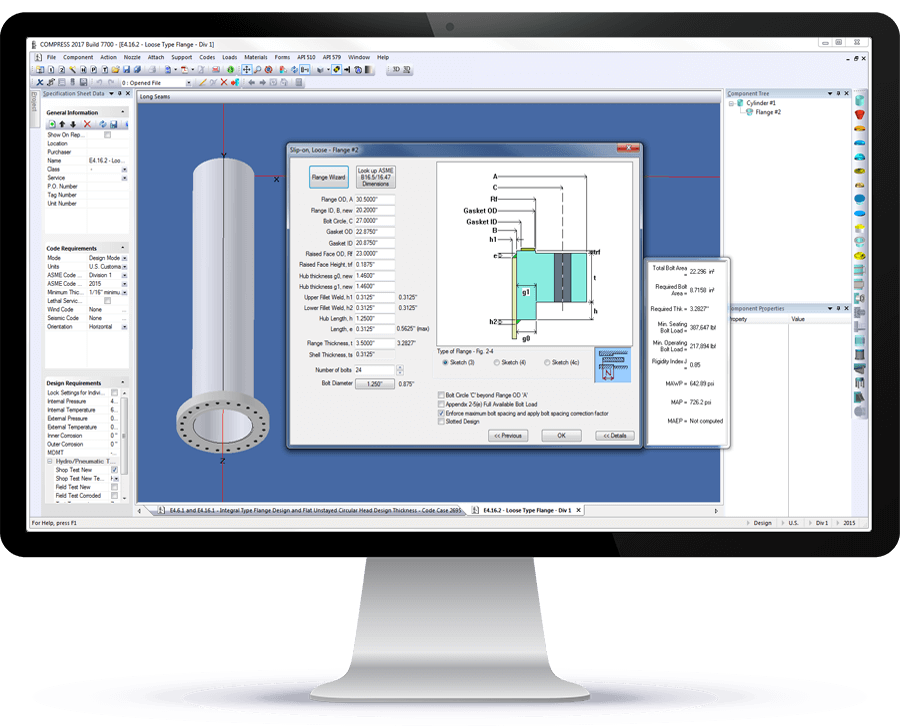 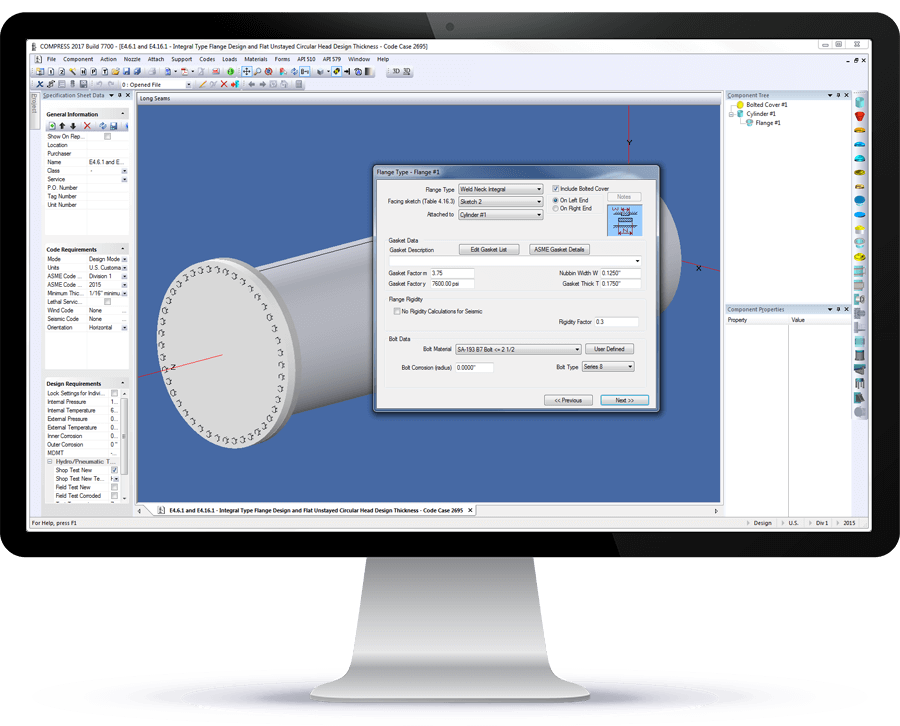 See the Flange Wizard in Action