Specifying a wind or seismic code in COMPRESS directs it to perform a UG-22 analysis of the combined effects of pressure, weight, wind and seismic loads. But what about other global loads that commonly act on pressure vessels? Addressing these other types of loads is accomplished in COMPRESS by using the Loads Menu.

Global external loads in COMPRESS are broken down into two broad categories. The first, called a lateral force, is assumed to have no mass, does not add to the vessel’s weight and does not change its period of vibration. A common example of a global lateral force would be the piping load acting on a tower’s lower pipe support. The second is listed as a vertical load in the Loads Menu. Vertical loads do change the supported weight, often add an eccentric moment and change the equipment’s natural frequency, seismic and vortex shedding responses. A piece of equipment mounted directly on the pressure vessel, such as a reboiler, is a common example of a vertical load in COMPRESS. The COMPRESS Loads Menu feature: 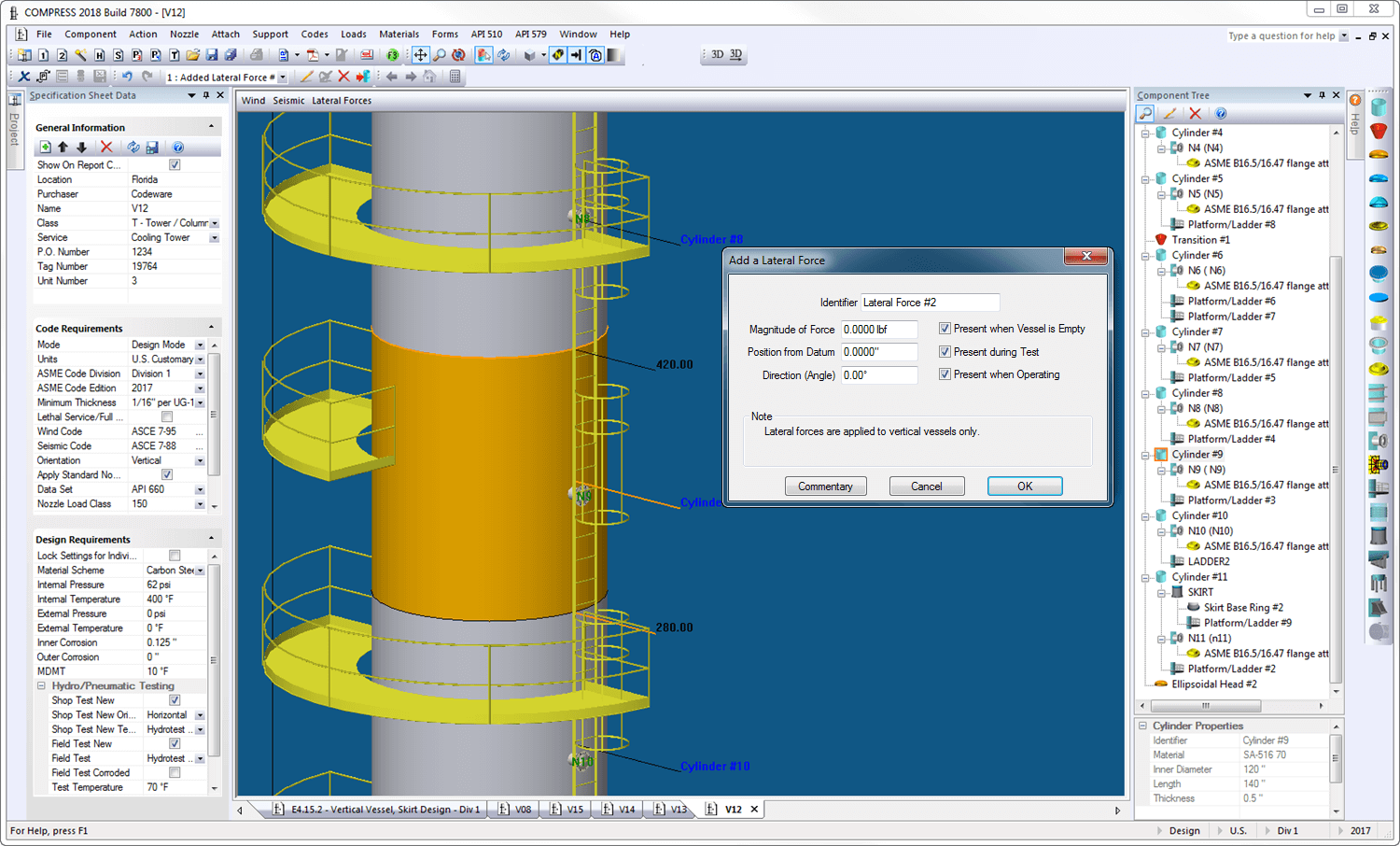